We are committed to protecting remnant native areas and Rare, Threatened and Endangered Species (RTES) through specialised monitoring practices and environmental management.

Through these initiatives, we have identified several threatened species of flora and fauna like the kākābeak plant and falcon. We have put processes in place to manage their native environment, so they can thrive in the wild.

All staff and contractors are provided with information on the Rare, Threatened and Endangered Species (RTES) they are most likely to encounter within the estate. On an annual basis they are refreshed of the contents and the importance of protecting RTES.

As part of this, staff and contractors are encouraged to report all sightings of the actual and potential RTEs they see while working within the estate. As such, information includes reporting process and forms.

In 2010 a Bat Monitoring Programme commenced to determine whether the threatened endemic long tailed bat pekapeka-tou-roa (Chalinolobus tuberculatus) was present within the forest estate.

The initial survey confirmed a population existed within the estate and that they use a network of rivers and native patches as habitat and flight zones. As a result of the confirmed presence, a Bat Management Zone (BMZ) was created. The BMZ has been consistently monitored since 2010 and will be maintained into the future. The current BMZ is focused along primary watercourses within the forest.

The aim of this work is to enable better management decisions to ensure the long-term protection of this threatened species during infrastructure, roading and forest harvest operations, and as a guideline to determine where to implement effective vertebrate pest management. The most significant threat facing this species is introduced vertebrate pests, particularly ship rats.

As such, prior to any operations commencing in the BMZ a bat management plan was developed. The plan incorporates:

The kākābeak is a highly threatened plant species that is endemic to New Zealand. We have identified plants in two of our forests. We continue to work to provide a safe environment for the kākābeak, free from known threats such as deer, goats, pigs, hares and introduced plants such as Mexican daisy, gorse and buddleia which compete for habitat.

The first discovery was an individual plant identified in the early 90’s within a Protected Management Area (PMA). This plant continues to be protected and monitored; it is currently in a healthy condition. A fence has recently been replaced to ensure the kākābeak is effectively protected from browsing pests.

More recently a second location was reported and a new, small population of three threatened kākābeak plants was confirmed. The plants are located on newly exposed rock face. Until this discovery, the kākābeak had been absent from this part of the Gisborne area since cyclone Bola in 1988. Through the implementation of an ongoing monitoring program, it was discovered that the population had expanded further after new plants were identified on a neighbouring rockface.

We have an ongoing program that monitors the potential and confirmed falcon nests within our estate, gathering valuable information about both the falcons’ habitat and potential threats. All previously confirmed nesting sites are recorded with our internal Geographic Information System (GIS) mapping system. The area surrounding these nests is annually monitored in spring to identify if and where the birds may be nesting in the following breeding season. Any falcons reported are also monitored, particularly around breeding time, and especially if any reported activity is aggressive or consistent – this is to try to determine if a new pair or new site is confirmed.

Management around any confirmed nesting sites during breeding season primarily involves implementing a pest management plan. We use predator traps around the boundary of confirmed falcon nesting sites to target mustelids, cats and possums. The traps are set at least 50 metres away from the nest.

All confirmation and management surveys undertaken are in consultation with, or using, the assistance of a specialist consultant. When possible and resources are available, cameras can be set up around the confirmed nesting sites to provide further valuable information on the number of eggs and chicks, the potential survival rates of chicks, and the possible or unknown threats.

In December 2013, an inventory contractor discovered a falcon nest. The nest was located on the ground in an area of standing Radiata Pine overlooking a slip. In the same month we began monitoring the nests to understand the birds’ behaviours and help develop plans to protect the falcons during vital nesting periods.

Ahead of the 2013-14 breeding season, two time-lapse cameras were set up to locate and monitor the active falcon nest. The cameras were left to run unattended for a month, taking photos each time movement was detected until the falcons moved on.

The photos showed the parents coming and going for feeding, the movements of the chicks as they developed and how active the falcons were during night hours.

The monitoring programme has also enabled our team to determine the daily patterns of the birds so that when harvesting begins in these areas we have detailed plans in place to protect the falcons during vital nesting periods. 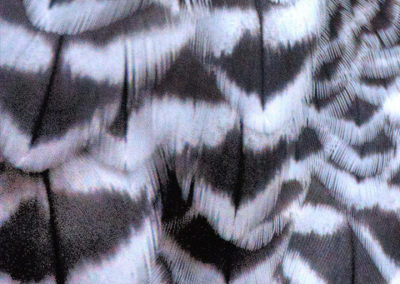 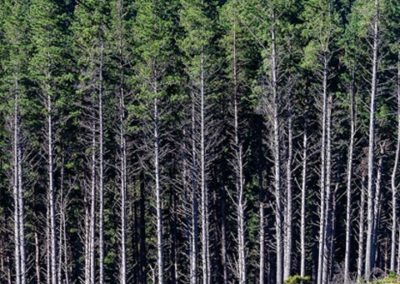 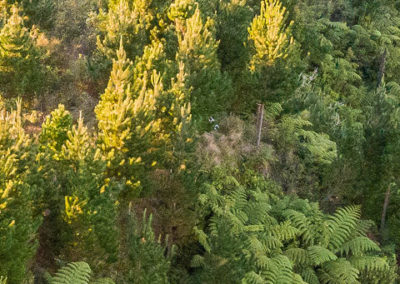 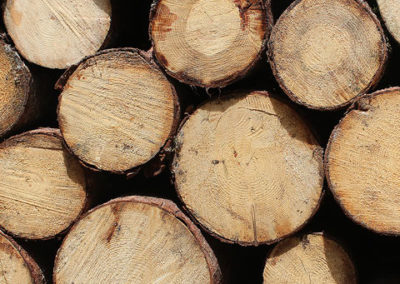